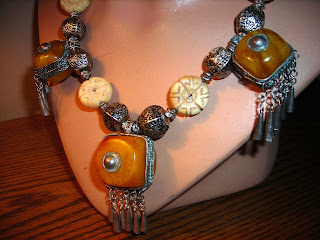 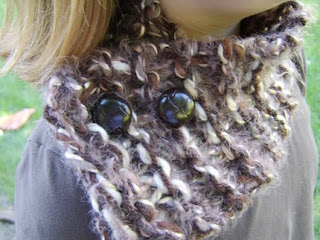 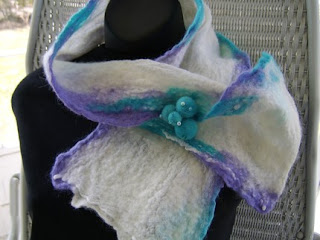 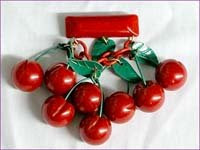 Celluloid was manufactured as an early plastic. Jewelry made of celluloid dates to about 1900 and was quite popular during the Art Deco period.

It is a lightweight plastic, many times a cream color. Sometimes the cream celluloid is painted to add color, though.

In the 1950s, a lot of celluloid jewelry was manufactured in Japan. Celluloid can be quite distinctive looking, many times with rhinestones embedded into the jewelry or molded/carved into floral designs.

Smell test: Hold your celluloid jewelry under hot water for 30 seconds. Now, put it up to your nose and smell it. You should smell a camphor or vinegar-like scent.

Needle Test: There is a test where you can apply a hot needle to celluloid to bring the camphor-vinegar smell out. Celluloid is FLAMMABLE so I would NEVER recommend this test!